Title: I Will Miss You Tomorrow

The first in a new Norwegian crime series featuring disgraced ex-Chief Inspector Thorkild Aske, a damaged man with a complicated past

Fresh out of prison and a stint in a psychiatric hospital, disgraced ex-policeman Thorkild Aske only wants to lose himself in drugged dreams of his beloved Frei. Wild, unknowable Frei. The woman he loved. The woman he has lost forever.

Yet when Frei’s young cousin goes missing off the Norwegian coast and Thorkild is called in by the family to help find him, dead or alive, Thorkild cannot refuse. He owes them this.

Tormented by his past, Thorkild soon finds himself deep in treacherous waters. He’s lost his reputation – will he now lose his life?

*I was given an ARC of this book courtesy of Bloomsbury, Raven Books in exchange for an honest and fair review* END_OF_DOCUMENT_TOKEN_TO_BE_REPLACED 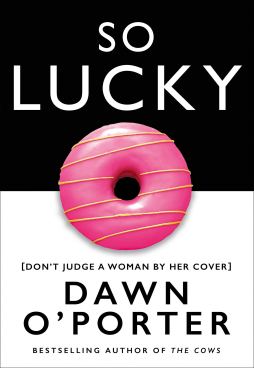 Beth shows that women really can have it all.
Ruby lives life by her own rules.
And then there’s Lauren, living the dream.

AS PERFECT AS IT LOOKS? 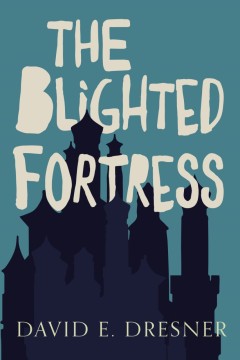 This story begins in modern Chicago then moves to fifth-century Transylvania.

The teenage protagonists, Glenda and Traveler, are sent by Theo, their sanctuary god, deep into the primeval forests of the Carpathian Mountains. They must locate then neutralize an ancient demi-god called a “fire beast”.

The two must also survive the daunting challenges of isolated fifth-century Transylvania. Rome is now in its final death throes and the hoof beats of Attila the Hun echo across Europe. Civilization and Pax Romana are distant memories.

Magic, wits, and youthful courage must combine to face the fire creature. Survival, much less winning, is up for grabs.

END_OF_DOCUMENT_TOKEN_TO_BE_REPLACED

Eli Ever and Victor Vale were only medical students when their mutual discovery that near-death experiences can, under the right conditions, manifest extraordinary abilities.

They were best friends, and rivals, and then enemies. They were dead, then alive, and then—Eli killed Victor, once and for all.

Or so he thought—but Sydney Clarke felt otherwise, and used her own superpower to tip the scales. Now, a trio hides in the shadows, while another takes advantages of post-death life to take over the city of Merit.

If there can be life after death—will there be calm after vengeance, or will chaos rule?

END_OF_DOCUMENT_TOKEN_TO_BE_REPLACED

A story of love and demons, family and witchcraft.

Nova Huang knows more about magic than your average teen witch. She works at her grandmothers’ bookshop, where she helps them loan out spell books and investigate any supernatural occurrences in their New England town.

One fateful night, she follows reports of a white wolf into the woods, and she comes across the unexpected: her childhood crush, Tam Lang, battling a horse demon in the woods. As a werewolf, Tam has been wandering from place to place for years, unable to call any town home.

Pursued by dark forces eager to claim the magic of wolves and out of options, Tam turns to Nova for help. Their latent feelings are rekindled against the backdrop of witchcraft, untested magic, occult rituals, and family ties both new and old in this enchanting tale of self-discovery. 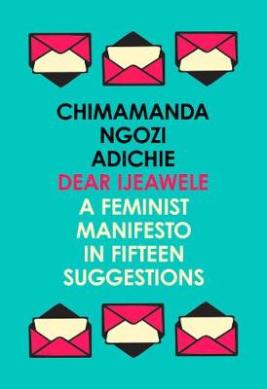 A few years ago, Chimamanda Ngozi Adichie received a letter from a dear friend from childhood, asking her how to raise her baby girl as a feminist. Dear Ijeawele is Adichie’s letter of response.

Here are fifteen invaluable suggestions–compelling, direct, wryly funny, and perceptive–for how to empower a daughter to become a strong, independent woman. From encouraging her to choose a helicopter, and not only a doll, as a toy if she so desires; having open conversations with her about clothes, makeup, and sexuality; debunking the myth that women are somehow biologically arranged to be in the kitchen making dinner, and that men can “allow” women to have full careers, Dear Ijeawele goes right to the heart of sexual politics in the twenty-first century. It will start a new and urgently needed conversation about what it really means to be a woman today.

END_OF_DOCUMENT_TOKEN_TO_BE_REPLACED 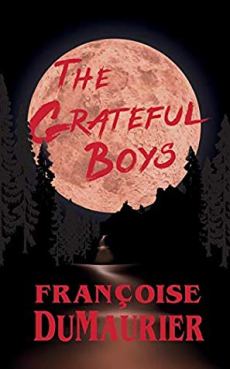 When seventeen-year-old Hailey’s multi-racial, single parent family migrate to the tiny rural town of Corpus, Georgia (population 700), she would rather have moved anywhere but there.

That is, until she spots him. Mysterious definitely, perhaps even supernatural. Where Hailey is awe-struck by the young man of her dreams, her little brother, Mason, sees a soulless creature of the night, a half-man who may be responsible for a series of grisly murders across the southern gothic town.

Antwan Zeddman, the town’s first African-American Sheriff, must enforce a curfew in Corpus to ensure the safety of the townsfolk. He must contend with sightings of hellish winged beasts and investigate the slaying of an innocent young couple traveling through town. There is a growing sense of racial unrest. Hailey will find herself caught between her family, the residents of Corpus, and the vampire she’s falling in love with.

END_OF_DOCUMENT_TOKEN_TO_BE_REPLACED

Title: The Island of Dreams

In 2107, twenty-four year-old Gary Loman is disillusioned with life. There are scant opportunities in the capitalist world that surrounds him. When he receives a prestigious invitation, Gary knows that the change he has been waiting for has finally arrived; it’s a ticket to fame and glory as a skater.

Leaving the old world behind, Gary embarks on a new adventure on The Island of Dreams, led by the world’s newest monarchy, where he is introduced to the woman who will become his wife and a wildly different social order, one which has evolved over the previous seventy years by virtue of a slow, quiet and largely unnoticed revolution. By 2107, however, The Island is poised to become one of the most powerful states in the world, acquiring, most notably, the territory of Kamchatka.

The Island Queen, Queen Katie of Kamchatka, with the help of her devoted Prime Minister and her faithful staff, then attempt to educate and train the 240 receivers of the distinguished Queen’s Ticket, both for their roles as skaters and within the Kamchatskiy organisation, for whom they will be working under a completely new concept in political economy, based on quality rather than profit motives, and which is replacing Marxism as the world’s rival to capitalism.

As Gary progresses on The Island, and as its Queen seeks out her new King, the world is on the brink of a breath-taking transformation.

In the Spring of 2108 Australian Defence Minister Aub Ryman resigns from his post, committed to an alternative system for determining the sovereignty of nations that would end warfare forever.

In order to lead this transformation, he must first marry Queen Katie of Kamchatka, whose many fans throughout the world have given her power to approve or remove governments to achieve her objectives under a system known as The New Game.

Before he can assume his role as King, however, The Island Prince must first convince The Queen’s Ministers and the prestigious Kamchatka Parliament that he is indeed the right choice.

One the item and with the world’s eyes upon them, they express their love for each other and reinforce their message for world peace

END_OF_DOCUMENT_TOKEN_TO_BE_REPLACED

Leah Baxter is a genius. She’s a few wins away from becoming a junior chess grandmaster, and her life is on course to achieve everything her mom and coach want for her.
But Leah is at stalemate – grieving for her father, and feeling suffocated. She decides to make the ultimate sacrifice and quit chess. But chess doesn’t want to quit her. Soon Leah discovers her new gambit: chessboxing, a dangerous hybrid sport which will test her body and mind to their limits. Can the pawn become the queen?

END_OF_DOCUMENT_TOKEN_TO_BE_REPLACED

It’s been three years since Esa left her backwater planet to join the ranks of the Justified. Together, she and fellow agent Jane Kamali have been traveling across the known universe, searching for children who share Esa’s supernatural gifts.

On a visit to a particularly remote planet, they learn that they’re not the only ones searching for gifted children. They find themselves on the tail of a mysterious being with impossible powers who will stop at nothing to get his hands on the very children that Esa and Jane are trying to save.

With their latest recruit in tow—a young Wulf boy named Sho—Esa and Jane must track their strange foe across the galaxy in search of answers. But the more they learn, the clearer it becomes—their enemy may be harder to defeat than they ever could have imagined.