Hello lovely bibliophiles! It’s been a long while since I have completed a tag huh! I miss doing them, they’re fun and they really make you think about your books, your TBR, your bookish opinions, and if I am honest I am glad to be tagged and taking part again. This tag is a long(ish) one so instead of sitting here chatting, I am going to get on with the show.

The lovely Lucinda @ Lucinda is Reading tagged me in the TBR Alphabet Tag. It’s premise is simple, list a book for each letter of the alphabet that you have been meaning to read.

A: Aurora Rising by Amie Kaufman and Jay Kristoff

I only actually discovered Jay Kristoff this year and kind of missed the buzz on this one when it came out. I enjoy science fiction and have really re-discovered my love for this kind of story over the last 12 months and so I’m quite excited to read it. Luckily my house mate and friend bought it for my birthday.

I have read another one of Michel Bussi’s novels and really enjoyed it. This seems to be widely considered his best book and my parents both loved it which is usually a good sign it’s a great story.

Private investigators and a series of seemingly unlinked mysteries, count me in. I have been recommended this by many people many times, and I think it sounds like something I would like. 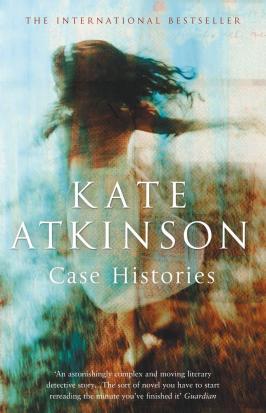 I have heard the same thing over and over again about this book, that it’s a thriller unlike any other thriller you will read and it’s a completely different story to anything you might be expecting.

E: The End of the Wasp Season by Denise Mina

I can remember my Dad describing the premise of this too me years ago and thinking that I had to read it. I then completely forgot about it for years and recently found my copy and thought I probably should read it.

I’ve borrowed this from the library twice and for whatever reason never got round to reading it. I have tried to read more ‘respectable’ fiction, or at least books nominated for prizes this year. This was one (failed) attempt that I actually really like the sound of. 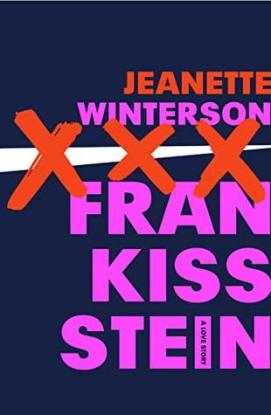 I’ve never read anything by E. Lockhart, but my housemate/friend Emma really liked this and found the structure really enjoyable and innovative, and it’s stuck in my mind ever since.

Deep down I am trash for heists and romcoms and chick lit and this seems to be a great combination of the lot. I can’t believe I missed this when I was younger, I am out to right that wrong.

I: In Patagonia by Bruce Chatwin

I have really discovered a love for non-fiction of late, and I absolutely adore travelling and think that this could be something quite different that I would thoroughly enjoy.

I received this book in book subscription box a while ago and somewhat forgot about this STEM novel. I’ve heard rumblings recently about it being a great example of young women in STEM and a really cool concept.

This book is a little outside my comfort zone, and crosses thrillers (which I love) with historical fiction (which I usually dislike) but sounds like such a cool idea.

I’ve never been big into classics, but I feel like this is one that I both should have read and would like to read at some point. With the new movie coming out and references to the story in sitcoms such as Friends, I know it is high time I picked it up. 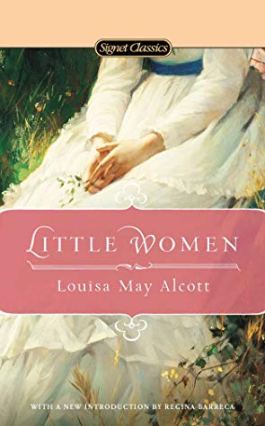 I have thoroughly enjoyed The Invisible Library series thus far and would like to take another step onto Cogman’s crazy, magical, bibliophilic world.

This was the first Willoughby Book Club novel I received in my subscription, and sounds like a wonderful murder mystery of the most complicated and enjoyable nature.

O: The Ocean at the End of the Lane by Neil Gaiman

I quite simply love Neil Gaiman and his magically weird mind and find myself regularly looking for the next piece of his fiction I would like to read and this has been floating round as a possibility for some time. 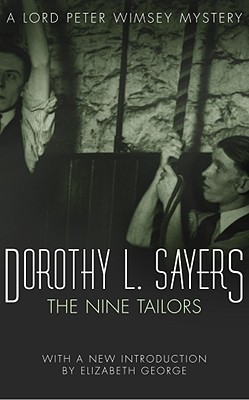 I think it is safe to say that this has been one of the most hyped books of 2019, I feel like I have seen it everywhere and feel like enough time has now lapsed for me to enjoy reading it.

Q: The Queens of Innis Lear by Tessa Gratton

This is a really recent addition to my TBR as I had removed it for fear it wasn’t for me, but I would like to read more adaptations and modernisations and feel like this might be an interesting book to read.

I really like the original film Red Dragon and love the story of Hannibal Lector, but have never ventured to read the books. I feel like they would be something I would like, and if the movie is anything to go by, I should start reading sooner rather than later. 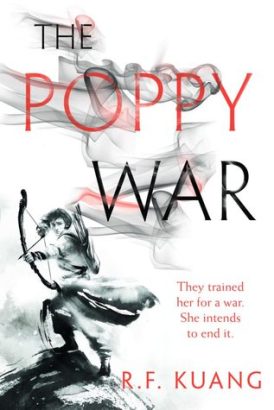 S: The Seven Deaths of Evelyn Hardcastle by Stuart Turton

I will confess to attempting to read this once before – it failed because of a reading slump I was in and not because of the book. I love the innovative concept and have read lots of reviews that said it is like psychological Cluedo, who doesn’t want to give that book a go?

I just love V and her books, and felt like the first book in this series – The City of Ghosts – was one of my favourite books of 2018, so I really need to step back inside her mind and her world for some more Cassidy Blake.

U: Unqualified by Anna Farris

I really like Anna Farris. I find her funny and down to earth and think that reading a little more about her would be both amusing and fascinating.

Again, just like Red Dragon, I have seen the movie adaptation and really enjoyed it. I have discovered a relatively recent and new love for graphic novels and treated myself to a copy a while ago but still haven’t touched it.

A little like the previous entry, I have liked the film and think that now as I have an interest in graphic novels I should give this a go. I have heard great things.

OK, look, I know this doesn’t start with X but there is no books on my TBR that do and this is the only one that really prominently features the letter so I went with it. I love assassins and spies, so this should be good. 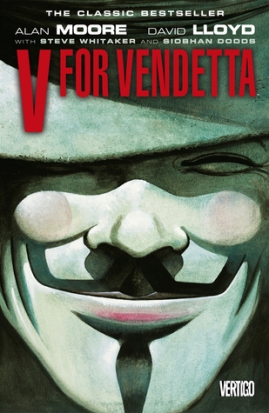 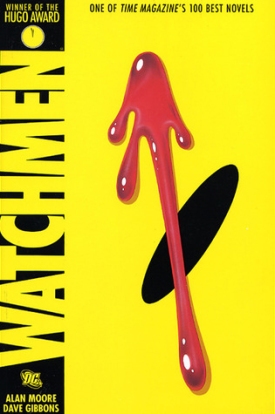 Y: You by Carol Kepnes

I know that this is going to be weird and creepy, but I have been told I would like it and I really want to read the book before I watch the Netflix TV series so I need to get reading.

Bank robberies, and powers, and ex-best friends, what can possibly go wrong? I kinda dig this a lot, I can’t believe I have only just found out about it.

So there it is, it’s quite a long list really. I feel like there isn’t a lot of pages listed right there but there is a great foundation for a 2020 reading list. I haven’t directly tagged anyone, but if you are interested in taking part, please consider yourself tagged and have fun looking through your TBR for some exciting reads.

Would you like to take part? Tag me or comment below so I can see your answers.

When you got away for the weekend and buy two more books instead of reading the two books you brought with you 😂🙈 . . #sorry #notsorry #yesnomaybeso #theconfessionsoffrannielangton #carlisle #cumbria #minibreak #books #bookblogger #booksofinstagram #Bookstagram #igbooks #igreads #reading
Let's reclaim half the bookshelf with the amazing @TheReadingWomen and have fun with the #ReadingWomenChallenge ♀️ . . Are you taking part? What will you be reading? Do you have any suggestions? . . This was one of the first #bulletjournal spreads I made this year and is one of my favourites! . . I've posted all the details, challenges, and information on my blog, and will be updating through put the year there! Check it out now, link in bio! . . #books #reading #women #feminism #bookstagram #igbooks #igreads #bujo #bujospread #bujoinspo #readingjournal #journal #readingchallenge #reclaimhalfthebookshelf #booksofinstagram #igbujo
Aaaaaand the gallery wall in the new kitchen is done . . There's travel and Disney and books and the best mix of art and quotes and science and I bloody love it . . It's definitely reflective of @askirmishofwit and I, that's what it's all about right? . . #books #art #disney #hauntedmansion #roalddahl #science #stars #space #sciencemuseum #greenwich #elephant #bookstagram #house #kitchen #homereno #homerenovation #gallery #gallerywall
An evening full of musical movie magic . . . #concert #music #classicalmusic #film #movies #superman #batman #piratesofthecaribbean #orchestra #filmscores #LiverpoolEmpire
I mean the simplicity and hilarity of this book dedication should never be under played. . . #books #reading #Bookstagram #booksofinstagram #quote #bookdedication #dedication #gentlemansguide
January comes to an end on Friday and honestly this has been the longest January I've experienced. What are you doing with your Saturday night? . . #cosyreadingnight couldn't have come at a better time, and I'm finally on an early shift and have managed to take part! Loving this page-Turner so far, we're over half way through so it's time to whip out the #Disney mug and the flavoured #tea . . #saturday #saturdaynight #nightin #mug #mickeymouse #books #reading #readathon #flavouredtea #booksofinstagram #Bookstagram #igbooks #igreads #nowyouseeher #mystery #tbr #bookgram
New Year, New Profile Pic! . I hope 2020 is happy, healthy, and prosperous for you! . This is OUR decade! . . #nye #ny #2020 #2019 #selfie #newyear #newprofilepic #newyearseve #happynewyear
The start of the decade at the bottom, the end of the decade at the top! . . To everyone who I have laughed with, travelled with, loved, lost, met, it has been a pleasure, and one mighty big journey! . . Here's to a new decade full of new adventures, memories and moments to treasure! . . #decade #year #2010 #2019 #2010s #selfie #throwback #tb #travel #explore #school #newyear #nye #kenya #scubadiving #russia #stpetersburg #CatherinePalace #wanderlust #adventure #memory
Getting ready for 2020! . 2019 has been a real mixed bag, and in many ways is ending on a slightly difficult note . I'm planning for the 2020's to be my time to shine! I'm giving bullet journaling another crack, and I'm going to make some manageable and enticing goals . How has 2019, and the 2010's been for you? . . #bujo #bulletjournal #bujoinspo #bujoinspiration #calendar #bujocalendar #2019 #decade #newyear #resolutions #goals #qotd #beer #coors