This week saw the world celebrate International Women’s Day. I have to admit, I let it fly by relatively under the radar. The reason, I don’t think I could possibly begin to thank everyone who has had an influence in making me who I am today, or all of the women (and men) who have made me a stronger woman. I would undoubtedly classify myself as a feminist. I definitely want equality for everyone, and so when I saw a feminist book tag @ Karis Books I definitely thought it was perfect timing.

1. Who is your favourite female author?

My favourite book ever is written by female author Harper Lee. To Kill a Mockingbird was the first proper adult book I read and can remember loving. It was the first real book I experienced after reading and re-reading the Harry Potter Series by another amazing female author J K Rowling. Both are pretty influential women in the world of literature. Recently I have also become fans of two female fantasy powerhouses, Leigh Bardugo and V E Schwab!

2. Who is your favourite heroine?

Erm…ooo…this is hard. Hermione, Tonks, and McGonagall are all pretty heroic ladies from the Wizarding World, and the Baudelaire girls hold up pretty well in A Series of Unfortunate Events but for me, it has to be Sophie from The BFG. She goes on an almighty adventure, she befriends someone not like her and sees the best in them, and she calls on the Queen to help. AND she does it all in her nightie.

3. What’s a novel with a feminist message?

I feel like this is an obvious answer really, but, We Should All Be Feminists by Chimamanda Ngozi Adiche has a pretty strong message. It is an amazing adaptation of her TED talk, and a powerful piece about the way we should all approach and continue feminism. I also think that Matilda by Roald Dahl features a strong sense of female power, both from the titular character and from her teacher/guarding Miss. Honey. 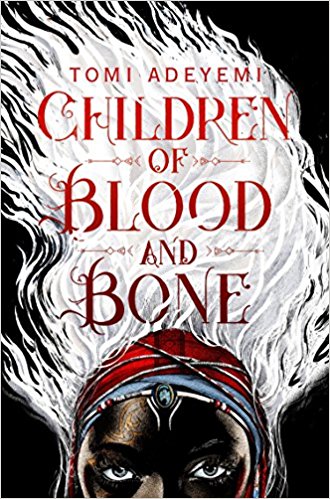 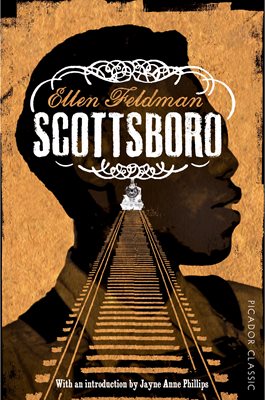 5. What’s a novel featuring a group of girls?

I have just finished reading The Selection series by Kiera Cass, which features a group of 35 women vying for the Prince’s trust and love to become the next Queen and his wife. Yes, there is lots of bitchiness, and dresses, but there are some funny moments and lasting friendships. I had no hopes going in and disliked the main female character, and the way some of the female characters interacted, but as a group, they were enjoyable to read about.

6. What’s a novel with an LGBTQIAP+ feminine character?

I have to admit that I don’t read a lot of stories featuring LGBTQIAP+ feminine characters. I have no issue with any character who falls into this bracket, they just don’t appear in literature I read a lot. I would love to read more about these characters and their lives, but I don’t enjoy breaking the genres I like reading for the the sake of it.

7. What’s a novel with a different feminine POV?

The two books that instantly jump to mind are YA releases When Dimple Met Rishi and The Loneliest Girl in the Universe. Sandhya Menon’s character centres around a young girl Dimple as she negotiates exploring the adult world and her Indian heritage, and is nothing quite like I have read before. The latter is Lauren James’ space-based story that centres around a single girl who has lived her entire life aboard a space craft, much of it alone after the death of her parents. There are so different and unique, and although they are both told from a female point of view, it’s not a recognisable one.

8. What’s a book where a girl saves the world?

In recent years, Katniss Everdeen of The Hunger Games is probably the most notable example of a girl who comes from obscurity to save the world. For me though, Irene from The Invisible Library has it all. She is fearless, supported by a mysterious universe, timehops and switches universe, saves books from extinction and world’s from implosion.

9. What’s a book where you prefer the female sidekick to the male main character? 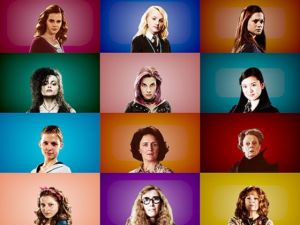 I think it is safe to say that Harry Potter is not the best character in the Harry Potter Series. The book is littered with female sidekicks that are powerful, intelligent, strong, and all round the better character than Harry itself. Hermione Granger is one of the world’s most famous literary sidekicks and holds her own as many times as Harry does. Ginny, his future wife, is unassuming and proves that it is OK to make friends and live you own life. Luna embraces her individuality an encourages others to be themselves. Tonks pursues love and friendship above all else. McGonagall is willing to defend her pupils and colleagues, repeatedly, and gives her entire life to furthering magical education. Mrs. Weasley spearheads a caring and compassionate family that sticks together and strives for better in the best possible way.

10. What’s a book written by a male author featuring a female character?

Roald Dahl has definitely written some strong female characters, as did Lemony Snicket. It is George R R Martin who jumps out at me for this one. Yes, A Song of Ice and Fire has some horrible treatment of women, but it also features some strong female role models and players, some of which are the most influential characters within the overarching story.

There’s a few of my thoughts about feminism and female characters and authors in the world of literature.

What books by female authors or about female characters do you like?

2 thoughts on “The Feminist Book Tag”