You know it’s getting close to the end of the year when all of the topics swicth and become a delightful mix of festive fun, retrospective looks at the past year, and positive glances to the year ahead. I’ve done and read quite a lot in 2017. Not all of it has been good or plain sailing, but it could have been a lot worse!

For all of you who don’t know what Top Ten Tuesday is, or don’t know how to get involved, click here. The lovely folks at Broke and Bookish team together to produce a book related topic each week, and you simply list the top ten of that topic.

So, when it comes to books, I’m choosing from 117 titles that I have completed so far this year. And many of those were given a 5 star rating which makes choosing a top 10 list all the more difficult. But, after looking at my Goodreads Challenge and scanning all of my 5 star reads, I’ve narrowed it down to my top 10 books of 2017. To directly compare my thoughts at the time of reading, I have copied my review from my Goodreads that was written when I completed the book:

I left if far too long to read this book, and only (finally) picked it up as it was available from the library on my cruise. I feel like that’s not a conventional opening to a 5* review, but hey ho.

I loved it. It has nothing to do with my love for JK Rowling, it’s just a bloody good book! The characters that have been created are rich and detailed, and refreshingly normal(?), and legitimately flawed.

I really enjoyed the dynamic between the two leads. It’s so different to the often cliché relationships in book between male/female characters, and between boss/assistant.

The story is strong and appeals to the detective lover in me, and I shifted through it too quick. There is a healthy amount of assumption, and the main character is pieces everything together in a really brilliant way.

9. We Should All Be Feminists Chimamanda Ngozi Adichie

I usually stay clear of using quotes to describe how much I enjoyed a book. Sometimes, however, you read a book and a quote from within is the only thing that can do the content justice. Adapted from a TED talk that she gave, this is one of the most real, and raw pieces I’ve ever read. It’s left me quite simply thinking ‘’ we should all be feminists’’

So yes, the quote I was talking about earlier. I feel like the following words taken from her shorts book incorporates the message more clearly than anything else, and is a message that’s so often lost in our Society today:

“A world of happier men and happier women who are truer to themselves. And this is how to start:
We must raise our daughters differently. We must also raise our sons differently.”

I saw someone reading this who said it was good, and it was in the supermarket in the paperback offer, and I thought ‘Oh go on then, for my holiday.” It was really good. I mean, really good. I read the whole thing in about 36hrs.

I like the fast paced thriller idea, I always have, and I feel like this throws it back to the likes of Ludlum. The plots, locations, characters are all well crafted and intertwined flawlessly, and even though you know they all have to link, how that happens, and when it will happen, remain a wonderfully constructed mystery.

I also like the main characters, who do not engage in the cliché affair, and who are also brilliantly written. They know themselves, which sounds odd but is often missing in books. They are true to their own characters.

Emma has been on and off talking about Neil Gaiman since she moved in as she reads a lot of fantasy, and loves Good Omens. She recently has read Stardust for a readathon, and American Gods (in time to watch the TV series – which we still need to finish actually). I saw this on Overdrive, and decided it would be an ideal thing to listen to on the train during my commutes to and from work.

I loved the story. It’s so weird in the most creepily wonderful way. And for a book with fantastical elements, it is very matter of fact. Gaiman manages to write fantasy in a way of ‘well duh, that’s just the way it is here’ y’know, like ‘well cats talk in this world’, and I like that. I like that style of fantasy. For a kids book, this is incredibly dark and creepy, but in the same way, it’s almost safe and wondrous. I really loved it.

D’you know what else I was introduced to? The velvet, silkiness that is Neil Gaiman’s voice. His narration is just…well…wow. I don’t quite know how to articulate the brilliance that is him narrating his own novels. He enunciates the words, and almost pronounces the punctuation, in way that only the author of a story can understand, and brought the whole thing to life in a truly magical way.

What is better than parallel universes and magic worlds? THROW IN SOME PIRATES AND A MAGICAL OLYMPICS. This book was nothing short of boss. It was like Schwab had thought to herself ‘what was the first book lacking that Liz might like?’ and then delivered with some masterstrokes.

And it’s not just that, the characters are developing with a refreshing amount of warmth, intellect, and believable backstory that is so rarely found in proper fantasy. The relationships between the characters ebb and flow, grow stronger and more strained as you would expect them to when old ghosts return and life changing events occur. And for once there is a strong female character, who seems to be driven by a thirst for power and knowledge more than the affections of a male counterpart, and is not only independant and fearless on her own, but is relied upon by equally important male characters in the story.

5. You Don’t Know Me Imran Mahmood

This. THIS. This was unexpected. This was amazing. This was so different to what I have read, and so enjoyable.

Imran Mahmood brings a great level of knowledge of the criminal system to the book. He presents this ambiguous situation, and sets it so as you, the reader, are the jury. This premise was fairly revolutionary too me, and the way the narrator presents his tale is incredibly real.

It took a tiny amount of time to get used to the dialect and speech pattern that comes over in the narration, and it took me a little bit of time to get into the mindset of the character, but once I was settled, the book read in a way very few books ever had.

I don’t want to spoil the ending, because a good ending is what we all love, but it was pure genius. The position as juror in the created scenario will leave each person thinking and feeling a different set of emotions when the book ends, and for me that is magical.

Completely different and yet entirely similar to Six of Crows. The pacing was incredibly well timed to create tension and confusion, and once again, the climax of the book was expertly reached and flawlessly put together.

I loved it, only a miniscule bit less than the first, Six of Crows.

I listened to this book as an audio book in my car on my commute, it took me maybe 2/3 days to finish and I absolutely loved it. I’ve never really realised how much I enjoy true dystopian literature, but this book certainly proved it. I loved the simplicity of the premise, and the execution of the narrative. I disliked all the characters with enjoyment, and mourned the books lost and burnt.

I am not sure that I can quite string together the correct words to describe how incredibly brilliant this book it. At the time of reviewing, I’ve read over 100 books this year, and can say that this is by far my favourite read.

To start with, the stories and tales that Trevor Noah is telling somehow feel so much more real as I have fairly recently visited Johannesburg, where the majority of the book is set. Secondly, Trevor Noah has a brilliant way of telling a story. I’d expect this, considering he is a comedian, but the book is so well done that it doesn’t actually feel like a book at all.7

For me though, the magic was in the audiobook. There is something special about hearing the writer narrate their own work, especially when it’s autobiographical. At no point did it feel like he was reading a book, he was just telling me about stories from his life. He is a comedian, so of course he is funny and has great comedic timing, but there was something harrowing about the hilarity of the some of the events he was talking about.

D’you know what? I don’t think there are words that express the abundance of knowledge and emotion that I feel like I am now in touch with that I have gained solely from reading this book. The Colonel has a wealth of life lessons and information that he passes along in such a way that every single word, phrase, page is a piece of teaching that is worth utilising over a lifetime.

I love space. I love science. I love planes; so the mix of these was always going to make this a great read, but hearing just how much he loves these, and how hard he fought to pursue his goals (however impossible at the time) is simply, and incredibly, inspiring.

The magic and magnificence of this book lay outside the parameters of space, and was in the small things. ‘Sweat the small stuff’ and ‘Aim to be a zero’ are word’s I will now live by. I can count on a fingerless hand how many books have changed my way of thinking, and this book shifted it quite significantly.

And then there is the narration itself. Listening to the passion and the knowledge oozing from Chris Hadfield’s voice as he tells his life story is like listening to wisdom itself, and throughout, his calm demeanour and his constant optimism (no matter if the tone of the story being told shifted in the direction of something else) makes him the quintessential teacher, and one of the world’s greatest +1’s. 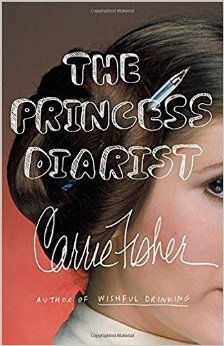 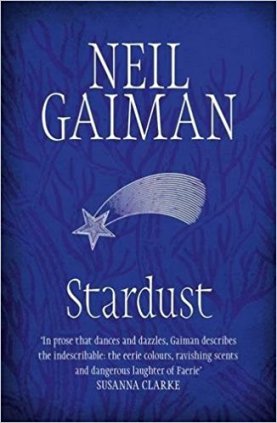 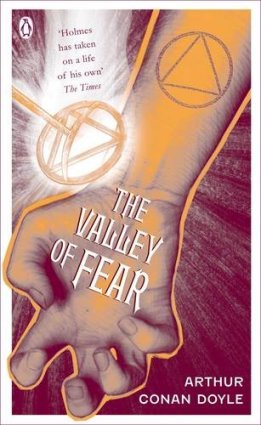 For someone who doesn’t read much non-fiction, or dabble in many memoirs, this Top Ten list makes for interesting reading!

Have you read any of these books? What did you think of them?

What books are on your list of 2017 Top Ten Books?