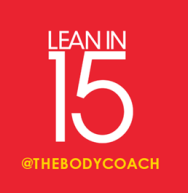 ast year, when I went travelling, I spent a lot of time on the move, lugging heavy baggage, and forgoing full meals to maximise the amount of activities I could afford to do while I was on the move.  The combination of more exercise and less food meant a regular drop in weight and an increase in fitness (surprise surprise, who knew?!), and meant I came back feeling healthier than I have in a long while.

Once I returned, cost saving to see the world was no longer required, and I was sat at home job hunting. I should have used to time to do more exercise, but I didn’t and ended up putting most of the weight on once my jobs started.  Some of the girls of work invest time in health, nutrition, and getting fit, and I have been listening to what they’ve been saying with both interest and trepidation. I know it’s easy to lose weight and get fit in theory, but in practice, it’s a different ball game completely.

Now as It’s getting towards the year end, which means my birthday and Christmas, followed by a Caribbean cruise in February, I decided it was time to buck my ideas up and become fitter and healthier. Yes, losing weight is a big part of my aim, but it is as much about improving my fitness and lessening any health risks than the way I look.

I haven’t really been cooking as much as I should since I moved in, and although the excuses of time and recipes are often for more than one serving are very thin, they have been relevant. I also knew fitting in exercise and cutting snacking (or reducing it) was vital to. Slimming World and Weight watchers were both high on my list of places to look to for help, but neither were making me think: I can do this, or this is for me.  Their points and sins incentive based programs are not the best for someone who just needs to cut out unhealthy snacks and start cooking.

I have seen an awful lot of Joe Wicks face around of late. My friend’s have been using his book, and I see people online and on the TV discussing Lean in 15 all the time. After watching his TV show, and the celebrity snippets online, I committed to ordering his books online and buying into his style of dieting. Well, not dieting, he detests the word. It’s a change in lifestyle – exactly what I need. The focus is on eating more of the right stuff, cutting the wrong stuff out, and working out more.

The recipes in his book are all healthy and geared to different times of the day, not just the standard breakfast lunch and dinner, but also pre and post workout. They’re varied and (thankfully) are often written and directed for one person. He also specializes in doing recipes that can be made in 15 minutes, hence the Lean in 15 tag he has. Yes, the food was more expensive, but over the course of the month I am sure it will balance out, now as I have most of the raw cupboard ingredients to make most of the meals.

The other element of his program is High Intensity Interval Training (HIIT). He has a series of workouts in his books and on his Body Coach YouTube channel that are geared towards short sharp exercises that don’t take long, but increase the heart rate and body’s metabolism. He has many beginner to advanced, and also low-impact ones for those with problematic joints.  They are also short, all less then 30 minutes, and can be done in the house with minimal or no specialist equipment (so no embarrassing gym sessions and clothes). I know I probably won’t do these as often as he suggests, but getting fitter doing this, and the odd swimming, gym, and maybe even hockey session should add up.

The before and after pictures for his Body Coach Lean in 15 program is astounding, but more than that it is the account of those who have taken part. They invariably are happier with their bodies, which is a pleasant side effect, but more importantly feel much healthier and fitter – my two key goals!

And so with a lot of optimism, some big goals, and a healthy dose of nerves to boot, I start what will hopefully a successful diet/lifestyle. Wish me luck!

Have you ever embarked on a weight loss plan (however ambitious)? What did and didn’t work for you?