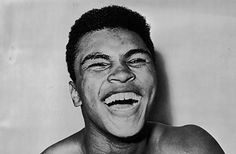 I don’t tend to write posts about specific people, or about current events, but sometimes, something happens that makes you want to write and talk about something or someone. The death of Muhammad Ali at 74 is one of those occasions. Muhammad Ali was quite simply one of the greatest sportsmen that has ever, and will ever, live. He transcended his sport and became a household name, and his death is a tragic loss.

As a sports fan, losing a legend who you admire always strikes you a little bit more than you can explain or justify. Sporting legends unite the masses, and provide moments of brilliance, genius, and inspiration that live in the memory of many people. They encourage the youth, they teach the old, and they allow us to put faith, belief, and emotional enjoyment into another person’s actions.

Muhammad Ali epitomized this idea. The word legend is banded around in the modern day liberally, but rarely does a word describe someone so accurately while simultaneously encompassing just a small amount of the vast impression that he left on the sporting, and non-sporting world. There are very few people in the world, whether they follow boxing, or are disinterested in sport entirely, who do not know his name, what he did for boxing, and what he did for the common man. 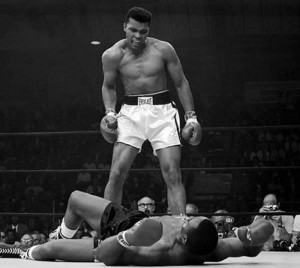 Born Cassius Clay, he immersed himself into boxing aged 12 after he encountered a thief stealing his bicycle and was approached by the police, who encourages his pursuit into the sport, he quickly rose to prominence in the amateur ranks, including winning local, national, and international titles, including Olympic Gold. His professional career spoke for itself, and over a career that spanned over 20 years,boasted an impressive record that saw him rise to heavyweight champion of the world and have an impressive 61 fights, 56 of which were wins (37 by KO), with just 5 losses.

Despite his success, notoriety, and genius inside the ring, he is equally known for his persona outside the ring. As one of the most quotable sportsman ever (see below for someone of my favourites) he provided many an entertaining interview, full of rhymes, quips and comebacks. But more that than, he produced quotes and ideas that quashed traditional ideas, and smashed the illusion of impossibility and boundaries.

He fought the government for his right the refuse to a war he did not believe in. He fought the initial impositions of a religious family that he later became an advocate for. He shook what he believed to be his ‘slave name’ and took on an Islamic moniker he deemed himself worthy of. Not only did Ali transcend his sport, his transcended race, religion, background, and nationality in a time when liberation, civil right, and equality was not a recognised part of society. He changed the belief that sports stars were known for a killer punch, a great jump-shot, or a wicked curve-ball. A sporting legend was asked as much what they were doing to change the place for their people, as to change the face of their sport. 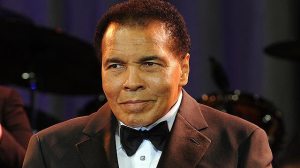 The pleading to stop his career earlier than 1981 were not headed by Ali, and in his later life, he fought a 34 year battle with Parkinson’s. Despite this, he stood for black rights, civil rights, and as an ambassador for American Muslims. He fought for peace in a war torn world, and he stood as a sporting icon from a humble background at every event from the Olympics, to Presidential occasions.

Many celebrities and fans have shown an outpouring of love since his death was announced in the early hours of this morning, and these will continue to surface for years to come I am sure. Unlike many celebrities, I could not let the death of the man who  inspired one of my tattoos, to pass without expressing my admiration.

A few of my favourite Ali quotes:

Float like a butterfly, sting like a bee. The hands can’t hit what the eyes can’t see.

At home I am a nice guy – but I don’t want the world to know. Humble people, I’ve found, don’t get very far

I shook up the world, I’m the king of the world. You must listen to me. I am the greatest! I can’t be beat!

I am the greatest, I said that even before I knew I was. I figured that is I said it enough, I would convince the world that I really was the greatest.

I’m not the greatest, I’m the double greatest. Not only do I knock ’em out, I pick the round. I’m the boldest, the prettiest, the most superior, most scientific, most skilfullest fighter in the ring today.

The man with no imagination has no wings.

He who is not courageous enough to take risks will accomplish nothing in life.

The fact is, I was never too bright in school. I ain’t ashamed of it, though. I mean, how much do school principal’s make a month? I said I was ‘The Greatest’, I never said I was the smartest!

Only a man who knows what it is like to be defeated can reach down to the bottom of his soul and come up with the extra ounce of power it takes to win when the match is even.

If my mind can conceive it, and my heart can believe it – then i can achieve it.

You ain’t no fool, if you from Liverpool.

To the champion, the greatest: You are the best there ever has been, and your presence is a great loss. Rest in Peace, you will be missed.