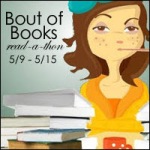 I finally have a day off, and of course it’s raining, Glorious weather all weekend when I was stuck in the office, and when it gets to my time off the downpours begin. Absolutely typical. The rain and the time should make for good reading and sorting conditions, so lets see what I can get done.

11:48am: I got up unashamedly late today. I went to bed and just slept until I didn’t need to sleep anymore. Yes, that was 12hours, but after the days in work and the early starts, I think I needed it. Now to get some productive things done before the football this evening.

15:05pm: Youtube has captured me…again. It is becoming a bad habit to watch nonsense on there. I have read a chapter of Summer of Love, but a single chapter is a bit pathetic considering how much time I have had to do something other than peruse Youtube.

17:45pm: I’ve given up any pretence of being productive to the level I want to. I’ve driven to my parents, I’ve got pizza and nachos, and I’ve settled in with the nail varnish and the football. Sometimes you have to know when you’re not going to get anything done.

22:21pm: I’m watching highlights of a match that was rubbish waiting for my parents to get home from the ground and waiting for my nail varnish to dry #priorities. No reading, no sorting, no cleaning.

23:59pm: I read another chapter of One With You, I’m around about the half way mark. Game of Thrones is still such a non-started, I don’t know what is wrong with me. Why can’t I get into it??!!

Today’s challenge is a personal choice Top 5. I tpyed with doing a few here, books by an author, murder mysteries, detective, complete series, but I ended up opting for my Top 5 Favourite Children’s Books. Now, a little disclaimer when you look at this list, I have included books in a series under one, e.g. J K Rowling’s Harry Potter, or we would just have a list of those!

Well, today was a bust. I did nothing, except paint my nails, and I had a poor reading day. I think I was just due a day doing, well, nothing!

January comes to an end on Friday and honestly this has been the longest January I've experienced. What are you doing with your Saturday night? . . #cosyreadingnight couldn't have come at a better time, and I'm finally on an early shift and have managed to take part! Loving this page-Turner so far, we're over half way through so it's time to whip out the #Disney mug and the flavoured #tea . . #saturday #saturdaynight #nightin #mug #mickeymouse #books #reading #readathon #flavouredtea #booksofinstagram #Bookstagram #igbooks #igreads #nowyouseeher #mystery #tbr #bookgram
New Year, New Profile Pic! . I hope 2020 is happy, healthy, and prosperous for you! . This is OUR decade! . . #nye #ny #2020 #2019 #selfie #newyear #newprofilepic #newyearseve #happynewyear
The start of the decade at the bottom, the end of the decade at the top! . . To everyone who I have laughed with, travelled with, loved, lost, met, it has been a pleasure, and one mighty big journey! . . Here's to a new decade full of new adventures, memories and moments to treasure! . . #decade #year #2010 #2019 #2010s #selfie #throwback #tb #travel #explore #school #newyear #nye #kenya #scubadiving #russia #stpetersburg #CatherinePalace #wanderlust #adventure #memory
Getting ready for 2020! . 2019 has been a real mixed bag, and in many ways is ending on a slightly difficult note . I'm planning for the 2020's to be my time to shine! I'm giving bullet journaling another crack, and I'm going to make some manageable and enticing goals . How has 2019, and the 2010's been for you? . . #bujo #bulletjournal #bujoinspo #bujoinspiration #calendar #bujocalendar #2019 #decade #newyear #resolutions #goals #qotd #beer #coors
Happy 60th birthday Mum! Have the best day!
Jos and Daisy are all dressed up for #ChristmasDay, such good festive doggos . Merry Christmas 🎄🎅🐾 . . #Christmas #Doggo #dog #dogsofinstagram #bowtie #retrieversofinstagram #flatcoatedretriever #flatcoat #flatcoatsofinstagram #joinin #merrychristmas
I have no words to express how thankful I am to @thebookmagpie for this generous and unbelievable #tbtbsanta gift. . It is thoughtful, incredible, and you deserve all the best things for a very long time. . . #christmas #christmastree #christmasdecorations #presents #secretsanta #books #booksofinstagram #Bookstagram #reading #igbooks #igreads #LFC #liverpool #YNWA #disney #dragon #candles #chocolate
Today's my stop on the #Wakenhyrst Bookstagram tour, hosted by #DarkRoomTours Rating: ⭐⭐⭐⭐ . Spanning five centuries, Wakenhyrst is a darkly gothic thriller about murderous obsession and one girl's longing to fly free . Michelle Paver is a new author to me and this book took me by surprise in the best way. The book is darkly gothic and navigates the time jumps and differences flawlessly. . The main character Maud is a wonderfully unreliable narrator, and I really enjoyed the tone of her narrative voice. The dichotomy of her and her father's take on life, both before and after the discovery of the demonic painting. . Close to being 5 stars, the book was really good and enjoyable, thoroughly recommended magically dark read. . Full review to follow on my blog . . #books #reading #review #bookreview #booktour #bookgram #booksofinstagram #Bookstagram #gothic #readsofinstagram #booktour #bookblogger #bookreview #bookrec #igbooks #igreads
Disney Snacks are the best snacks. . #Throwback to 1 year ago when @askirmishofwit and I were living our best snack life in @waltdisneyworld. . Only 22 months to go... . #disney #snacks #pretzel #mickeymouse #MagicKingdom #mk #food #foodstagram #wdw #waltdisneyworld #florida #orlando #travel #wanderlust